Keller has been using the latest drilling technology on a major infrastructure project in North Yorkshire.

The Keller rig inside the service shaft at Woodsmith Mine

Using the new PRA-Sline rock augering system, provided by Stratum Drilling Solutions, is allowing them to drill through hard sandstone to install piling to support the mining head gear at the £3.2bn Woodsmith Mine, near Whitby.

A new Hutte 207 rig is installing the six 750mm diameter cased and bored piles to 20m depth below the piling platform, all this working at 46m below ground level.

“We wouldn’t have been able to carry out this job without these augers and the Hutte 207,” said Shaun Davison, Keller’s General Manager for Piling and Rail.

“The rock augering system is being used rather than Down the Hole Hammer techniques and has allowed us to get the job done, along with a combination of good planning, plant, equipment and personnel.”

“We knew the rock strata was quite hard due to previously working within the mine shaft, and coupled with the fact that DTHH compressed air drilling wasn’t allowed in the shaft, we knew our rock augering systems would struggle.

“Therefore we needed to source an alternative. After months of researching the latest rock auguring technique the PRA-Sline stood out and the most efficient and reliable augers to use and this proved the case,” added Shaun.

“Working with two drilling crews on 12hrs shifts 24/7, drilling the bores took an average 20 hours to auger to depth. We were able to install all the piles to programme.”

As well as working with Stratum, Keller have worked closely for the last six months with engineers Arup, main contractor Careys Civil Engineering and mine owners Sirius Minerals to come up with the solution.

Woodsmith Mine is being developed by Sirius to extract Polyhalite for use as an agricultural fertiliser.

Sirius is in the process of sinking production and service shafts down to the potash deposits, which are located 1.5km below the Earth’s surface. The production shaft is one of the deepest in Europe at 1530m.

Diaphragm walls have been installed at the service shaft to ensure the passages are stable and waterproof and Keller have installed the piling, which will be bolted to the mining head gear which must be constructed underground for environmental reasons.

The mine also features a 37km (23-mile) tunnel which is currently under construction 360m below ground level which will transport the mined Polyhalite on conveyor belts to Sirius’ Wilton processing plant near the North Sea coast and onto the company’s Teesside harbour facility for export. 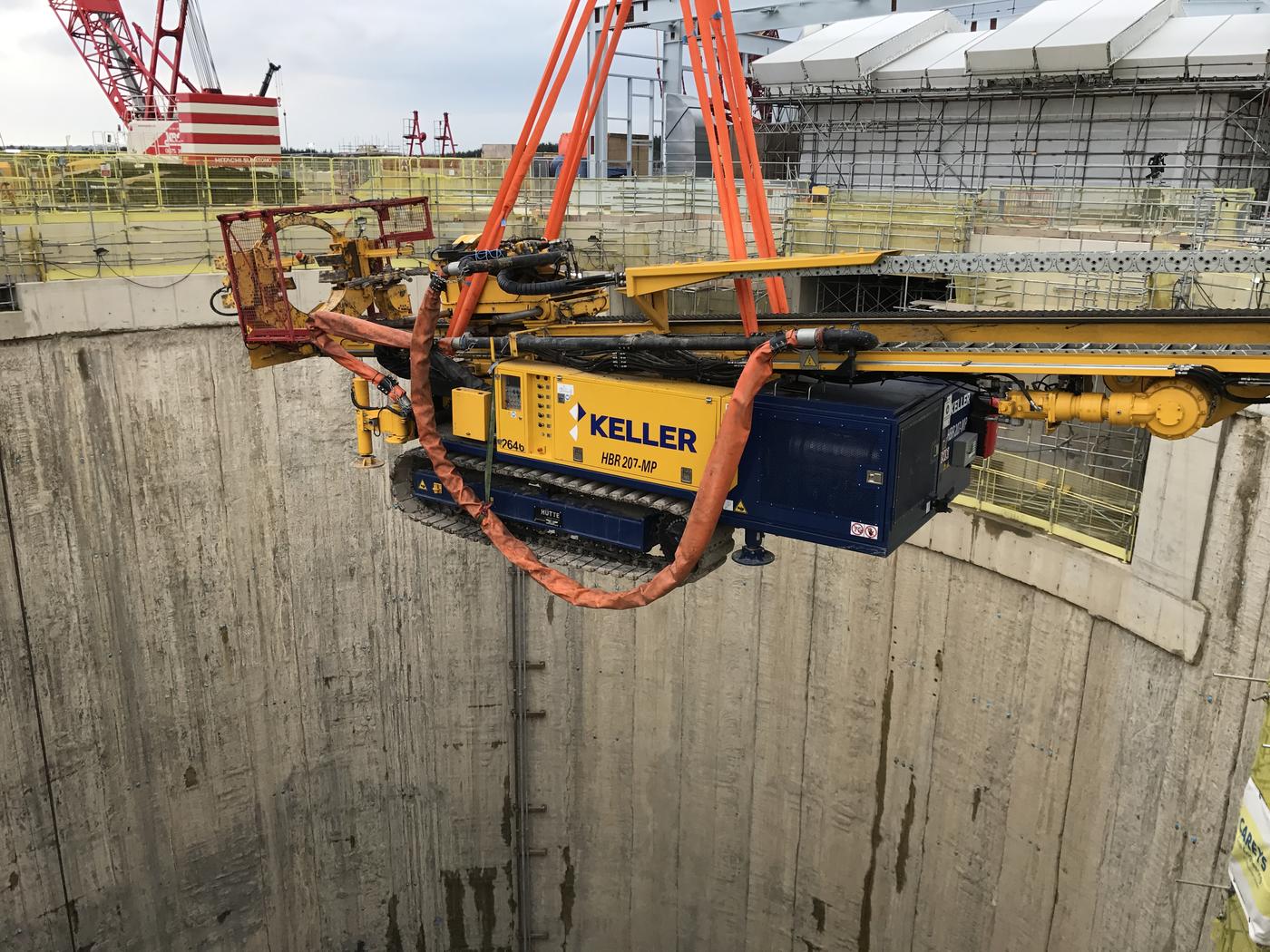 The rig is lowered into the service shaft