Crossrail was in its day the largest construction project in Europe. It involved the construction of 42km of twin underground railway tunnels and 10 new stations across 40 construction sites. 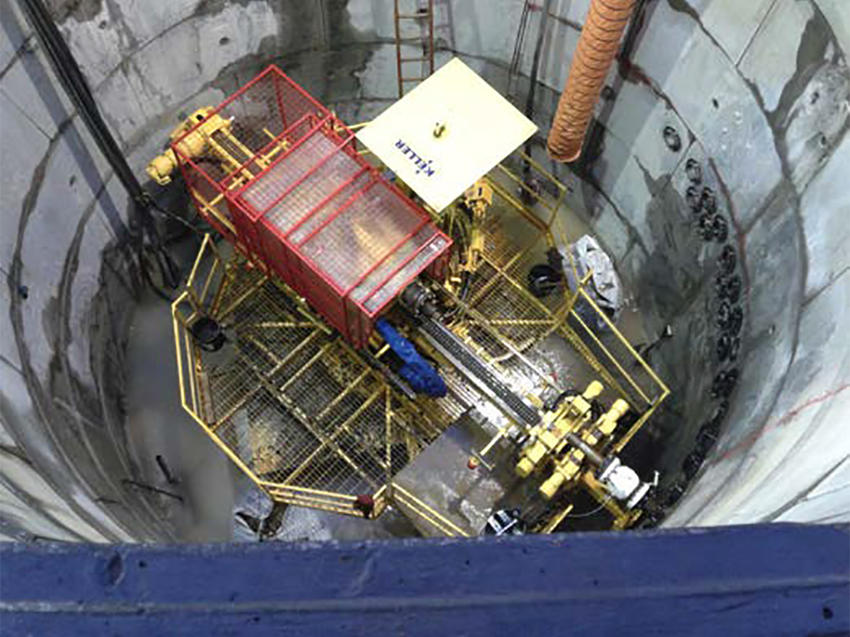 A Keller rig installing TaM pipes in the shaft

A Network Rail substation which provided the power supply to the North Kent Line – a busy commuter route into London, lay directly above the line of the proposed Crossrail tunnels. The Hochtief Murphy Joint Venture were employed by Crossrail to develop a settlement mitigation measure to control the settlement during the Tunnel Boring Machine’s drive to the stipulated levels.

Through early sub-contractor involvement with Keller, a compensation grouting scheme was developed which would allow for Tunnel Boring Machine work to begin on schedule despite a tight programme and a working area of less than 5.0m available space to install grouting. The potential issue of preventing grout ingress into the TBM face during the concurrent grouting plan adopted was also overcome.

The grout was injected using a horizontal array of Tube a Manchete pipes installed in a shaft approximately 5.0m below ground water level. The grout was injected using controlled pressures and to a set system. An innovative approach used on this scheme was the combination of the pre-treatment phase with the drilling. This allowed far better control of settlement induced during the drilling works. This meant that grout was injected in a controlled fashion as soon as TaM pipes were installed ensuring no significant settlement was observed during the drilling phase. All works were monitored for settlement using Hydrostatic Levelling Cells, installed by Keller’s sister company Getec (now GEO-Instruments.