Careful planning of the logistics before work started onsite was the key to the successful completion of this project, which involved working airside at a major international airport. 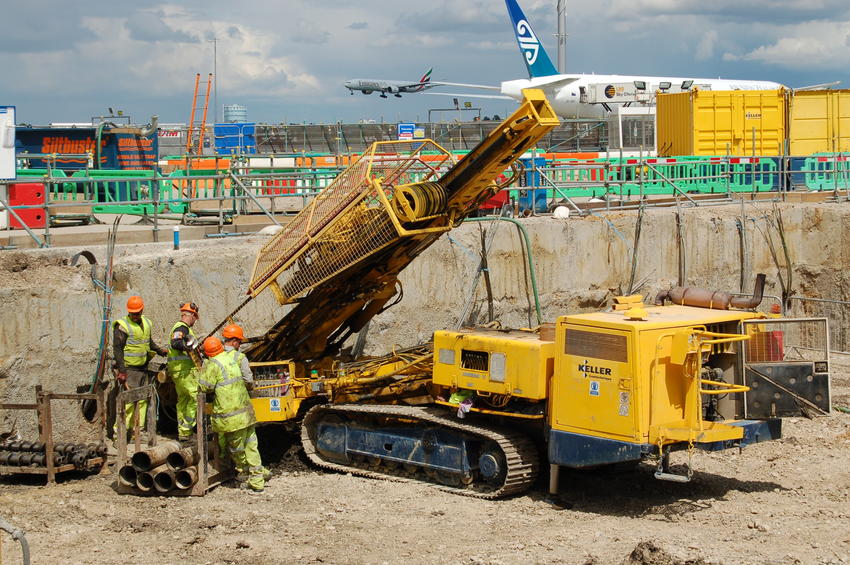 The design, supply and installation of ground anchorages to temporarily support the diaphragm walls during basement excavation and construction at Heathrow Airport's Terminal 2B.

To eliminate the need for heavy wailing and propping in the main excavation area, thus reducing 'working at height' and heavy lifting (airside) and allowing ease of access for bulk excavation.

The segmental case and auger drilling system provided a flexible solution to deal with the variable ground conditions. The use of temporary casing to stabilise the overburden enabled clean dry open hole drilling within the founding clay strata.

Ground anchorage entries were located near the top of the diaphragm wall with installed lengths between 38m and 46m at 35 degrees to the horizontal, and axial working loads of 700-900kN per anchor.

The ability to generate these large forces in London Clay is only possible with Keller's SMBA system. The system uses multiple anchor fixed lengths being installed into a single bore and when these are stressed in turn the overall capacity is enhanced.