The site of a former shallow gravel pit on the southern fringe of Milton Keynes presented several challenges which Keller solved by using two different techniques. 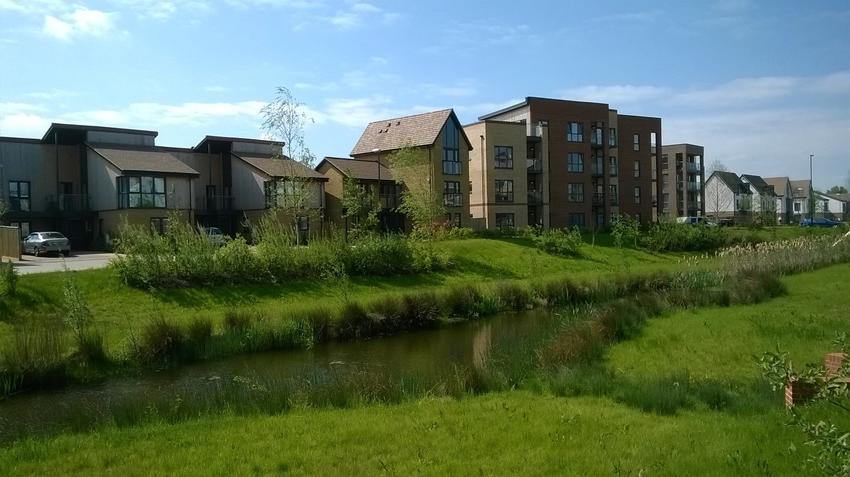 Crest planned a development of approximately 1000 homes on a brownfield site that had previously been treated.

The site was formerly treated by dynamic compaction in the 1990s. However, levels were to be raised and no validation of the previously treated soils was available. Levels were raised with engineered clay fill by up to 2m in thickness, though typically 1.0-1.5m.

The geology consists of loose previously worked alluvial gravels underlain by stiff Oxford Clay. The Keller treatment scheme decided upon for the vast majority of the site was vibro stone columns to treat the alluvial gravels so as to keep settlements less than 20mm from the top of the engineered fill.

Where perimeter trees were present, driven pre cast piles were installed as the depth of foundations would otherwise have been excessive. Elsewhere, the design necessitated preparing calculations to show that after treating both the new fill and relic fill settlements could still be kept to less than 20mm.

Keller have undertaken four phases installing nearly 10,000 stone columns at the site. An additional phase was carried out to treat beneath a Waitrose store.